Rowan, whose full name is Greenfoot Bolder With Goldendance joined us at the age of 9 weeks, being born in October 2009. He comes from the Dunskey Estate near Stranraer in Scotland, and it was an eventful journey (to say the least) to pick him up. He has quite a few field trial champions and winners in his pedigree and is currently being trained as a Gundog, learning all the different types of retrieves etc. Rowan entered his first field test in August 2012, and didnt disgrace himself although he wasn't placed in the overall scores. I have to say that I think I learned a lot more about myself that day, and in certain respects my handling was more of an issue that Rowan's ability! Over the years we've competed in several tests during the summer months, and although we've never won, Rowan has certainly enjoyed his time. The closest we came was 9th on a test in Cornwall and rather frustratingly missed out on the "Novice dog, Novice handler" award by 1 point! Rowan achieved 100/120 that day, pretty much our best score, and a day I'll never forget.

Rowan is not related to any our Girls, so we can use him as our stud dog as we need to. His hips score is 3:7 giving an overall score of 10. His eyes are examined every year and everything is ok.

Well, Rowan finally sired a litter for us! It's been a long time coming, but finally he mated with Bramble in May 2015 and sired 8 pups, 4 boys and 4 girls. We have kept in contact with many of the new owners and most of the pups have taken on his features.

Rowan has succeeded in siring a second litter, this time with our girl Amber. Six pups resulted from this, 5 boys and a girl, being born December 2016

Rowan sired his third litter with our girl Hazel, with 7 pups resulting. These were born in April 2017

He sired his fourth litter with a girl called Tess who lives in North Devon, the pups being born in November 2017. 5 pups were the result, and Kingston joined us from this litter in January 2018. 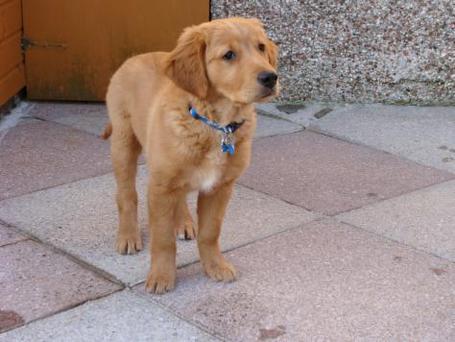 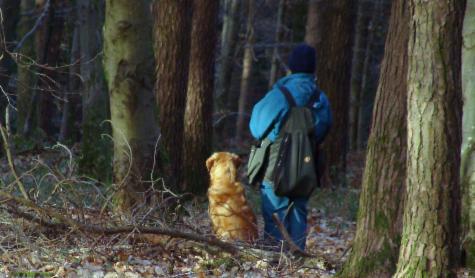 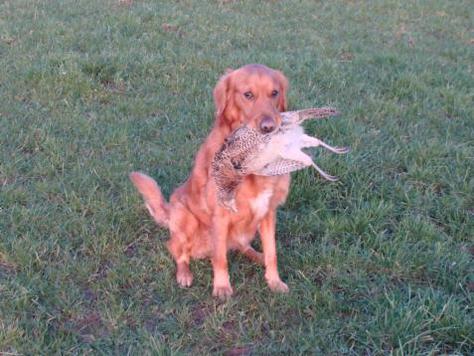