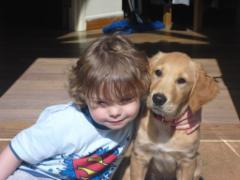 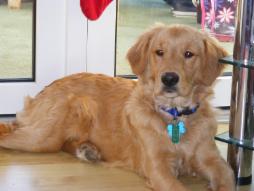 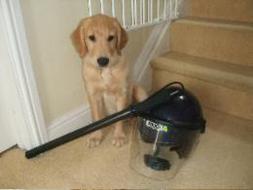 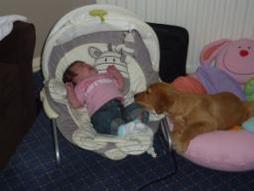 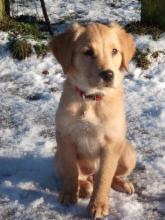 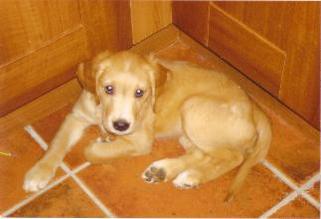 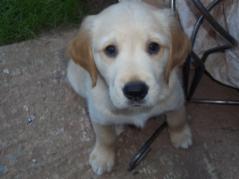 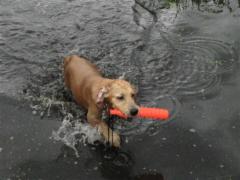 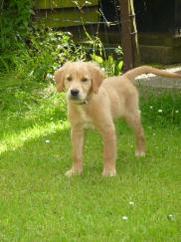 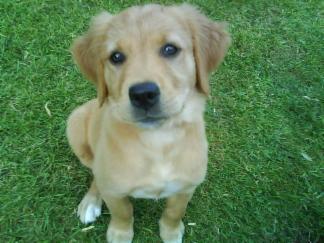 Harry, 20/7/12 Honey, 17/7/12
WILLOW'S LITTER, 20th August 2012
2 pups, both girls. Our first litter where we very sadly "lost" a pup. The second one was still born, and greatly upset both of us. We nicknamed the little pup "magic" and is buried in our back garden with a little plaque marking the spot. The other 2 kennel names are based around "magic", marvel for the first born and miracle for the third (and last) born. It still upsets me now, as I type this 4 months later.
Lily (Goldendance True Miracle), Saltash, Cornwall. Skippy (Goldendance True Marvel), Guernsey 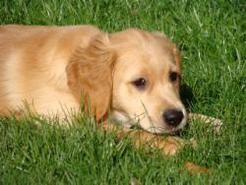 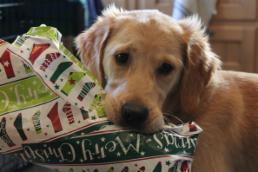 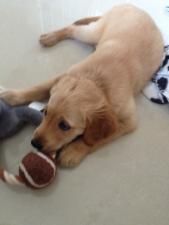 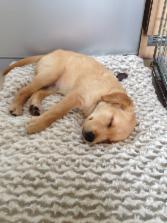 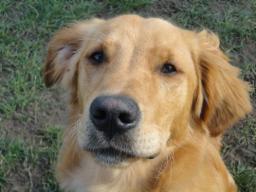 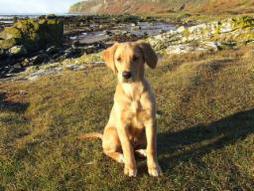 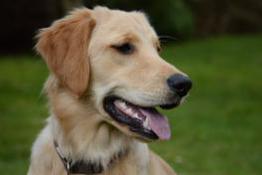 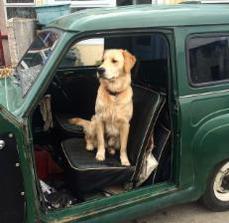 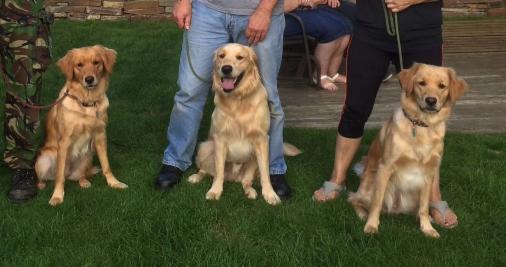 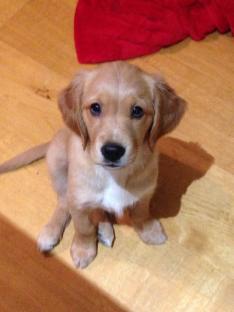 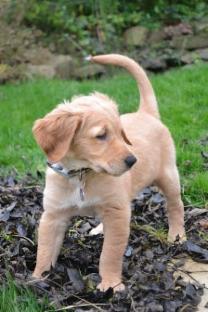 Yes, I do need to add Amber's and Hazel's first litters sometime!

I'm sure you'll all agree that the pups are gorgeous! It is wonderful for both carol and myself to see how all our girls' puppies are growing up, we still miss them all!